A brief history of the Token Society of Great Britain

The Society was formed in 1964 by a small group of enthusiasts under the honorary tutelage of the pre-eminent tosogu scholar Dr Kazutaro Torigoye and chairmanship of Bon Dale. The initial aim was to encourage and support the study, appreciation and preservation of Japanese swords, sword fittings and associated artefacts. The group held monthly meetings in Fulham, London, where items from individuals’ collections were studied and discussed.  In 1968 the Society organised a major exhibition of swords and fittings at the Ashmolean museum. This exhibition was ground breaking; it included many important works from UK collections and was extremely successful, bringing the subject to the attention of a much broader audience.

Our Society has been very international and receptive since its foundation. From a handful of individuals convening at the Fulham Conservative Club in the 1960s, its ranks swelled in the following decades to include international members across different continents, reaching not only Europe but as far as Japan, the US and Australia. Communication was by post, but the membership was very active, as is evident from our historic programmes. Some of the better-known members Include Yasu Kizu (author of “Japanese Sword Blades of the Shinto and Shinshinto Periods” and numerous sword monographs), Albert Yamanaka( author of the “Yamanaka Newsletters”, one of the most informative publications of the 20th century)  Willis Hawley (author of the beloved “Japanese Swordsmiths”), Han Bing Siong, Tomihiko Inami, to name a few.

Throughout our subsequent history we have worked closely with leading educational institutions and museums. Past presidents of the Society include Basil W. Robinson, keeper of the department of metalwork at the Victoria and Albert Museum and author of “The Arts of the Japanese Sword” (which at the time of publication was one of the most informative books on the subject available to the western student), and Victor Harris, keeper of Japanese antiquities at the British Museum. The Society supported the “Arts of the Samurai” exhibition held in 1990 and the “Cutting Edge” exhibition in 2004, both held at the British Museum under the curatorial control of Victor Harris.

Alongside the regular monthly meetings and work with museums, the Society began to publish periodical programmes, newsletters and reference material for our growing membership. Among the first such references were “A Beginner’s Guide to Japanese Swords” compiled by the founding chairman Bon Dale together with Fred Stride and Clive Sinclaire as well as “A Dictionary of Japanese Sword Terms” by Richard Fuller. Both of these have been of considerable benefit to readers and are still used by many today as a foundation for learning. The Society was also responsible for the first translation of Kokan Nagayama’s reference work “Token Kantei Dokuhon”, which was to eventually evolve in to the now much used “The Connoisseur’s Book of Japanese Swords”.  Under the consecutive and successful leadership of John Anderson, Graham Curtis, Fred Stride and Clive Sinclaire the Society continued to expand and publish programmes, newsletters and periodicals containing informative articles and research contributed by the membership.

In 1976 The Society supported a shinsa in London organised by Iida Kazuo as part of a European tour. A report on the very successful event appeared in the Token Shinju press.

In 1986 the highly respected Japanese sword polisher, mukansa Kenji Mishina moved to London. He took a very active part in our meetings, lecturing on different aspects of the sword and conducting kantei. With his help and guidance, the Society organised a number of taikai events in the late 1980s-mid 1990s, at which Japanese artisans showcased their crafts and shinsa panels evaluated swords. Kenji Mishina stayed in the UK until 1992 and his contribution added greatly to the Society’s pool of knowledge. He remains an honorary lifetime member of our Society.

We continue to hold regular meetings in London but in recent years we have also organised regional meetings and study days for members who are unable to travel to London. We have continued our close association with museums, holding study/viewing days at the British Museum, V&A, Royal Armouries Museum and the Ashmolean Museum. Taking advantage of ongoing developments in technology, we have added a Facebook page alongside our website.  We have recently started to publish a regular E-Magazine containing articles relating to swords, fittings Samurai history and other related topics. Most recently, we have started to hold regular virtual online meetings using the Zoom platform.

The Token Society of Great Britain is the oldest Japanese sword society in Europe. It has grown from modest beginnings to become one of the largest Japanese sword societies in the world. Our members enjoy a full and diverse range of educational materials and activities. Our membership continues to grow and we add to the range of information and activity offered. However, our core values and mission remain unchanged. We aim to encourage and support the study, appreciation and preservation of Japanese swords, sword fittings and associated artefacts. We hope we can help members gain the maximum enjoyment they can from studying this unique art form. 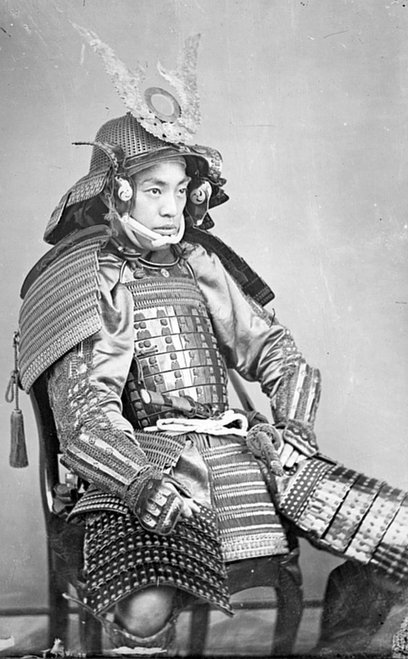